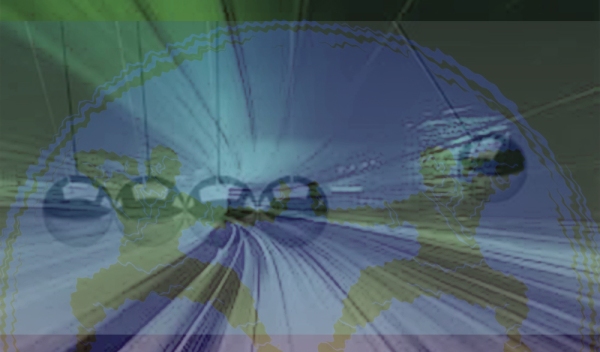 What are these attributes that we are exploring?

This is a repost from a couple of years ago, but while we are in isolation and have no assistants this is the best way to remind ourselves of this aspect of our Forms.

There are aspects of Biu Gee that are all about gaining a better understanding of momentum.

Understanding the aspect of the IDEA represented in each of the first three Forms.

Chan Wah Shun had a maxim on the wall of his school, “STRUCTURE NEUTRALISES, FOOTWORK DISSOLVES” this clearly indicates the transition from S.L.T. though to Chum Kiu in its application.

What are these attributes that we are exploring?

If we looked at them as a gearbox they would be neutral, reverse and forward, this is pretty much their role in the application, the First Form builds the body, creates awareness and understanding of how that body works but does nothing else, it does not interact with the outside world, the Chum Kiu shows how that S.L.T. Body receives and redirects FORCE and the Biu Gee shows how that S.L.T. Body creates and releases POWER.

The only significant difference between the Forms is not the shape and variety of the movements but the placement of the active body mass axis, or line of gravity.

In the First Form line of gravity is central, equal weight in each leg, neutral, it is like a Prayer Wheel, when you push it the Wheel rotates but does not diminish or increase the force of contact, it redirects it but otherwise does not affect it.

Chum Kiu Form is a movement originating from a neutral body position, when the neutral body receives force it shifts the line of gravity into the rear of the body, the weight is shifted into the rear leg, away from the attackers intended line of action, the incoming force is extended and weakened, just like throwing a rock into a lake, the initial splash makes small tight ripples or waveforms that hold the energy of the rock, the ripples spread out with equal force but they get wider, slower, the energy is released over a longer period and as a result becomes weaker.

Biu Gee Form is a movement originating from a Chum Kiu body position, the line of gravity is shifted from the rear of the body into the front of the body, the weight is in the front leg, the FORCE of the weight shift moving into the opponent compresses and increases, it is like a bullwhip, the force created at the stock is transferred into the body of the whip, this creates a large ripple or waveform that gets progressively smaller, the initial energy is released over ever-decreasing periods and it becomes much, much stronger.

Chan Wah Shun had a maxim on the wall of his school, “STRUCTURE NEUTRALISES, FOOTWORK DISSOLVES” this clearly indicates the transition from S.L.T. though to Chum Kiu in its application, but it does not tell us how to turn the tide on our attacker if anything this aspect is the secret that was not meant to leave through the front door of the school.

When we are training in Wing Chun something that should be held front and centre in our mind is that Wing Chun is based on normal Human body movement, if for some reason we are struggling with any particular action or any section of any form it is because we are not moving like a normal human. Once we get past the dance, at their core all Forms are just dances, Forms function as an observation deck into how much we understand about our own body, they are not really teaching us anything, we already know how to move around, placing special emphasis on any particular set of movements is a trap that binds and blinds, it prevents us from understanding the totality of the Wing Chun system, the end game of which is to be able to create power from any position, any shape with any part of our body.

There are ideas introduced in Chum Kiu that are not repeated in Biu Gee that we are meant to take along with us just as we are meant to bring everything from the First Form with us into Chum Kiu. In particular, we have a Bong / Dai movement that is performed in the first section with a pivot and in the second section with a shift. This is a clear indication that all arm structures can be performed either pivoting or shifting.

Biu Gee is predominately performed with pivots, but if we follow what was introduced in Chum Kiu the moves can also be done shifting, and of course, we see that in the Dummy with the Kwan Sau and Garn Sau movements being performed with shifting in the first section and pivoting in the second and third section of the Dummy Form.

By the time we complete our study of Biu Gee we have been introduced to the complete repertoire of movement in Wing Chun, but it is still to a large extent a jig-saw that needs putting together, looking ahead we see that there is backwards shifting and stepping in the Knives and the Pole, the straight back shift to the cat stance from the Pole is introduced in Chum Kiu albeit, in two separate parts, the lateral curved backwards shift in the Knives was introduced in Biu Gee.

Deconstructing the forms and reassembling them in different ways is the key to mastery, bringing forward the idea from the S.L.T. to use only one hand breathes new life into the Chum Kiu and Biu Gee, performing the opening sequence from the S.L.T. with the movement and aggression of Biu Gee is exactly what we do with the Dummy and of course in its application. Breaking apart the sequence even the direction of travel is enlightening.

For reasons I really do not understand the majority of the people that I began this journey with over 25 years ago have chosen to mostly work on the First Form, if as I firmly believe what we are talking about is learning to understand how to use our body this is a bit like learning to walk on only one leg, not in any way normal human body movement in my book.

Wing Chun is a system, although we have six Forms all the relevant information is in the first three, the Dummy, Knives and Pole Forms add complexity and difficulty due to the tools themselves this allows us to approximate challenges in controlling our body mass and balance that we may face when confronting the force of an opponent.

WORK ON YOUR WEAKNESS.

PLAY TO YOUR STRENGTH.