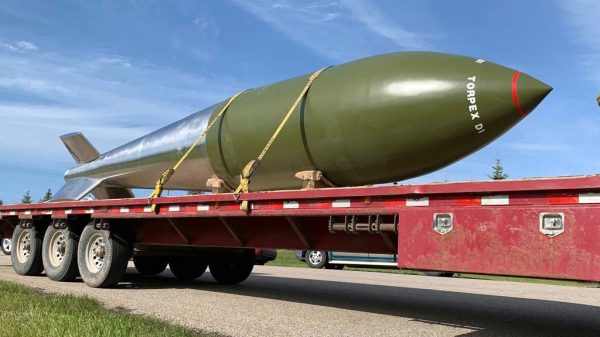 A while back I asked ‘what is the pointy end of your Wing Chun training’?

The pointy end referring to the aspect that delivers the pay off to all of the training that has been done, the why and the how made into one corporeal expression.

To show where I am coming from with this, to guide our thinking in the correct direction I have created an allegory or if you wish a parable.

There were two countries locked in a war that appeared to have no end, every move was countered every battle ultimately ground to a stalemate, no end was in sight.

It was decided to build a giant bomb and drop it on the enemy capital finishing the war at one stroke.

A Factory was built, the most modern Factory imagined, fully automated, carbon-neutral, the best and brightest scientist were assembled, cutting edge tech invented and the Bomb was created.

Even though there was no other factory anywhere in the world equal to this factory, it existed for one purpose and one purpose only.

To build the Bomb.

As the Factory was under construction a tunnel was dug from the Factory to the airfield, the tunnel was secret, safe and the track was a Magnetic Levitation system that could transport the Bomb safely with no chance of fire.

No tunnel of this kind existed anywhere else on the planet and the Mag-Lev system was the first of its kind, but this was unimportant, its only reason for existence was to transport the Bomb.

At the Airfield a new prototype Carbon Fibre Stealth Bomber awaited, it was completely undetectable to all known scanning technology, it was fully autonomous and capable of reaching speeds of Mach 8, there was no equal to this plane.

Without the Bomb, this plane would have never been built.

Looking backward at everyone that had been involved in the project, in all the support, all the innovation all the progress and sheer audacity it all came into being only for the Bomb.

Years later when the war was long over and the world was at peace people only spoke about the Bomb.

Aligning this with Wing Chun training what is our Bomb?

What is our Factory, our MagLev Train, our U.A.V. Bomber Drone?

Just for the sake of this conversation let us nominate the First Form to be the Factory, it could, of course, be anything or even a combination of things, a piece of the First Form, a slice of Chi Sau and a pinch of something else.

Is the way you do the First Form capable of creating your ‘Bomb”?

Delivering the Bomb to the airfield is pretty much what Chum Kiu is all about.

Dropping the Bomb could be the IDEAS formulated in Biu Gee.

In training, we can focus on the three different stages, build it, deliver it, drop it. This not only helps to understand transitioning but can lend an air of semi-reality to the movement.

Train up your weaknesses, work to your strengths.